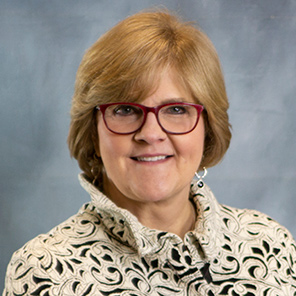 Mrs. Smith received a Bachelor of Science in Education degree in 1973 and a Master of Science in Education degree in 1981 from Pittsburg State University. She graduated from the University of Tulsa College of Law in 1988 with highest honors. She published two articles for the Tulsa Law Journal, was elected to membership in the Order of the Curule Chair, and received the Judge W. Lee Johnson Award for Academic Excellence for graduating with the highest grade point average in her law school class.

Mrs. Smith has been involved in a number of area community organizations, including the Green Country University Women and the Vinita Educational Foundation for Excellence. She has served as president of both organizations.

Mrs. Smith has been with the firm of Logan Lowry, LLP in the Vinita office since graduation from law school in 1988. She currently spends two days a week doing corporate work for a local manufacturing business. She regularly counsels employers on employment practices and has conducted harassment and discrimination training for a number of corporate clients. Mrs. Smith has represented rural water districts and been involved in government loan transactions. She also has represented municipal trusts and provided counsel to city government. Mrs. Smith provides litigation support and appellate practice.