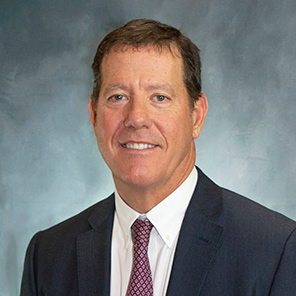 Mr. Jones was licensed by the State Bar of Oklahoma in 1990. He is also licensed to practice in Kansas, Arkansas, the United States District Court for the Northern and Eastern Districts of Oklahoma, and the United States Court of Appeals for the Tenth Circuit. He is a member of the Oklahoma Bar Association, where he has been a member of the Uniform Laws Committee and the Law Related Education Committee. He is also a member of the Kansas Bar Association. Mr. Jones is a Certified Public Accountant, receiving the second-highest score on the May 1997 Oklahoma CPA Exam.

Mr. Jones has been with the firm since 1992 and has worked from the Grove office since 1997. Mr. Jones currently serves as Grove city attorney. Mr. Jones has successfully tried numerous jury trials in state and federal court in Oklahoma involving commercial litigation, contract disputes, personal injury, and premises liability.